The following contents were copied from the page of CD-206 on my previous homepage 'Tonochi's Audio Room', and edited to fit in the new format.

Budget network.
Low-cost and easy-to-build were the top priority due to shortage of time and budget. I was trying building three more audio devices (analog disc player PS-104, power amplifier MA-205 and loudspeaker SS-307) in the same period.

I don't remember clearly how I decided the specification above. Only I can say is that it could be best fit to the LS units I was going to use:

By the way, I didn't have T925 at the time. I substituted Technics dome tweeter (I've forgotten the model number) for T925. I desired T925 so strongly I designed this network to optimize the performance of T925.

The filter circuit was the simplest. It was based on emitter follower (EF) composed of one NPN transistor with a single power supply.
All the components but the capacitors in the filter circuits were cheap ones. The resistors were Akizuki's one-yen resistor (cheapest carbon film resistor). Copper foil styrol capacitors for audio were used in the filter circuits.
I restored the schematic based on my memory and the reference (Ref-8, pp.256-265) I read back in the day (one channel only, the power supply circuit is omitted, but shown in the schematic of Rev. A).

I used PCB (print circuit board) for the first time. I etched the boards by using an etching kit manufactured by Sun Hayato.

I used a universal case manufactured by LEAD Corp. I don't remember the model number.

There's no troublesome task but creating the PCB. I could build this amplifier for a relatively short term.

The characteristics of the filters were not as calculated. The actual slope was 15dB/oct for the 18dB/oct filters. That's probably because the input impedance of EF is not high enough.

I recall that the sound quality of this amplifier was rather good for the cost and labor I spent for it.

I replaced the boards with another one that employed 6dB/oct passive filters.
Many audiophiles have it that the 6dB/oct filter is excellent in sound quality (SQ) because the circuit is so simple and phase shift is small. So I tried it.
I used universal boards instead of PCB.

I added an AC line noise filter on the primary side of the power supply as in other NOBODY amplifiers. 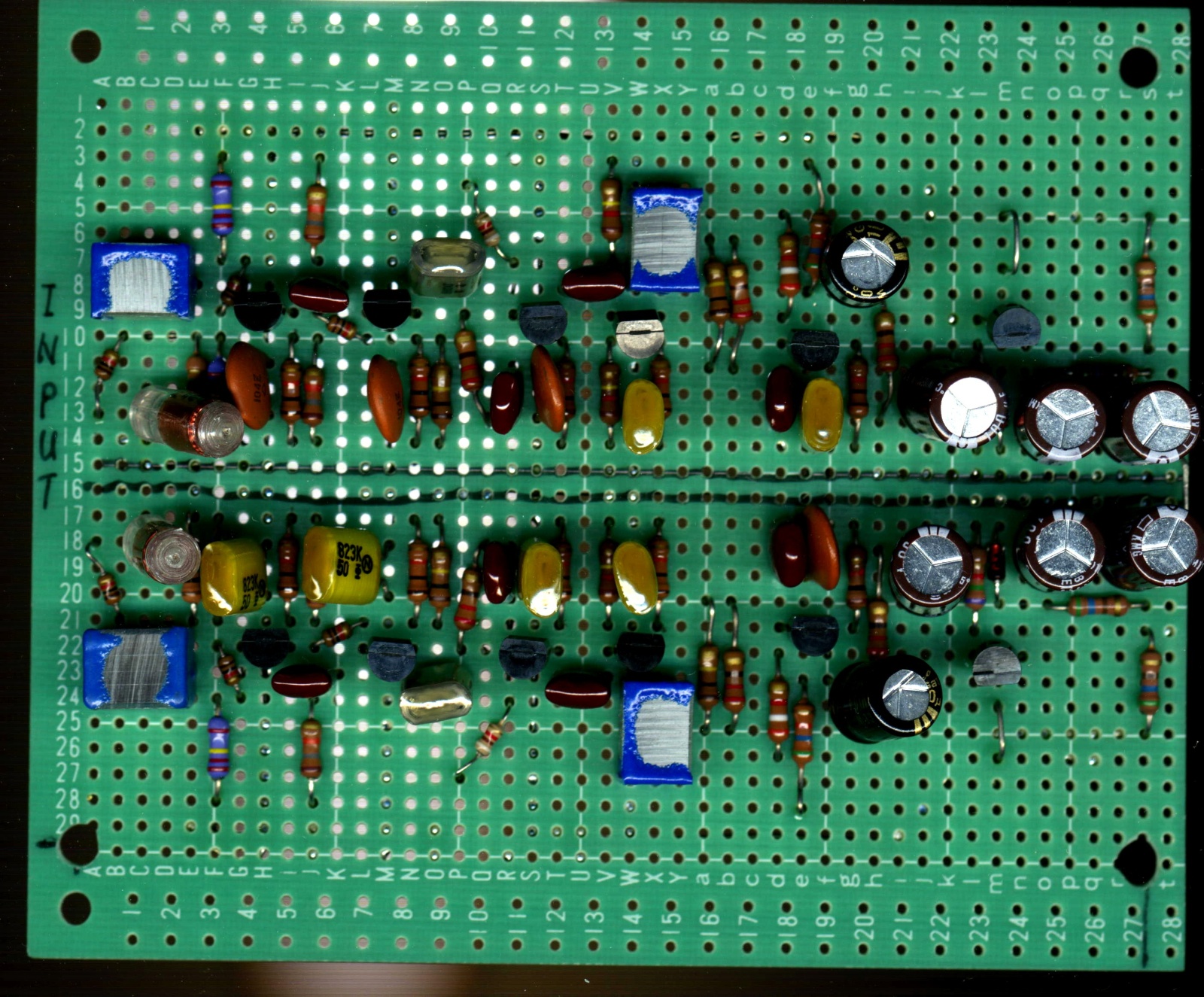 With the remote cutoff filter, sounds radiated from each LS unit are overlapped so much. Not only the woofer and squawker but also woofer and tweeter are overlapped. Sounds out of the pass band of the LS unit may include large distortion, so this overlapping increases overall distortion. This acoustical distortion overwhelms distortion caused in electrical circuit. So I think the simple filter is not suitable for the multi-amplifier system. 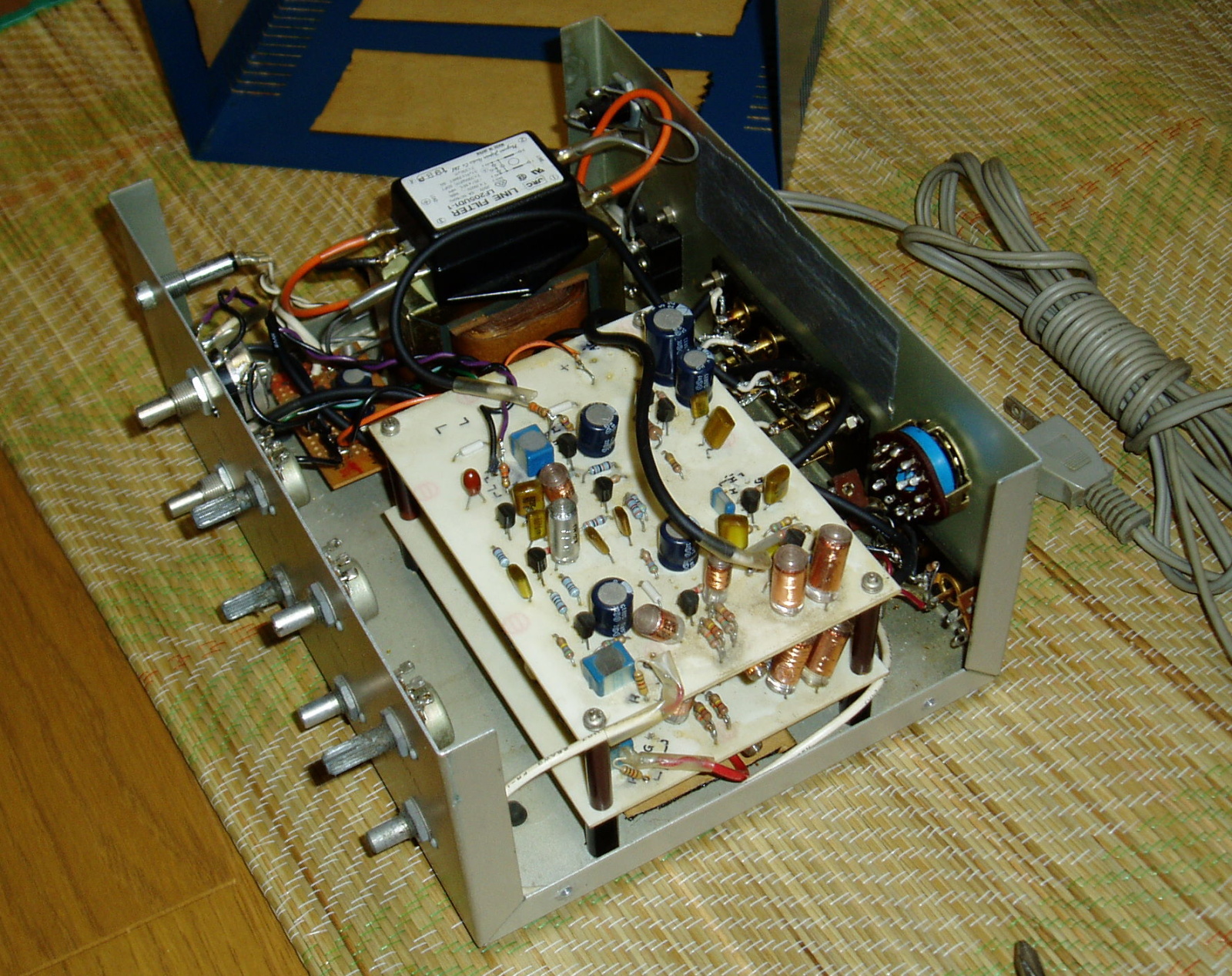