The following contents were copied from the page of PA-202 on my previous homepage 'Tonochi's Audio Room', and edited to fit in the new format.

High-end preamplifier superior to Marantz model 7.
This preamplifier was built on condition that it would be paired with the power amplifier MA-201.

High-end preamplifier superior to Marantz model 7.
This preamplifier was built on condition that it would be paired with the power amplifier MA-201.

FYI: Yoshiro Uesugi is the founder of Uesugi Lab (known for U-BROS amplifiers). He was the president of the company until he died in 2010.

Since the original schematic has been lost, I restored the schematic based on Uesugi's one and my recollection. The PSU is integral to the amp unit in the schematic, as opposed to the real circuit.
[Schematic (PA-202_Schematic.pdf)]

The mechanical design was based on Uesugi's idea. Two simple aluminum chassis were combined to form the enclosure. This construction offers separate compartments for the L/R channels, and results in good channel separation. I have repeatedly used this construction for later NOBODY amplifiers.
The difference from Uesugi's design was, as mentioned above, the PSU was implemented in the separate case.

E (Worst)!!
Every kind of noise could be heard including microphonic noise. Particularly, Click noises caused by power on/off of other electrical appliances were the most serious. Moreover, PA-202 picked up a radio wave emitted by a nearby ham radio station as noise. The RF noise was demodulated somehow in the amplifier and voice could be heard so clearly that I could catch what they spoke.

This project resulted in a total failure as opposed to the catch copy "High-end preamplifier superior to Marantz model 7." By the way, the catch copy was not mine but Uesugi's.

Through this project, my overconfidence was shattered. I realized I had to learn a lot more to build high quality amplifiers. 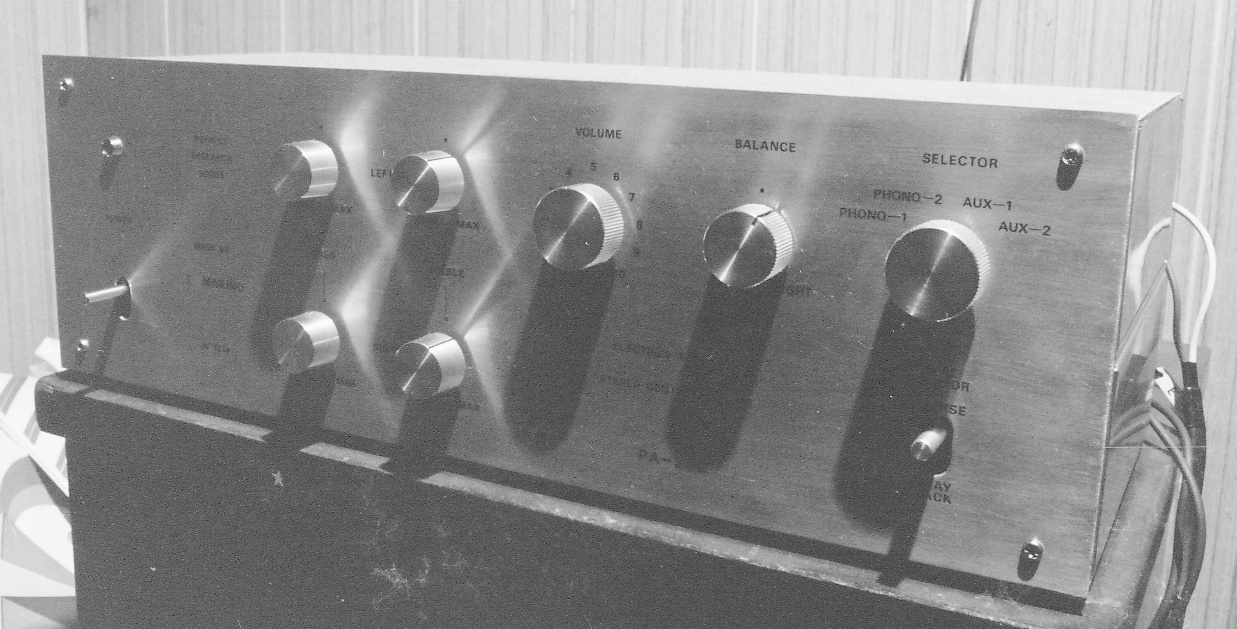